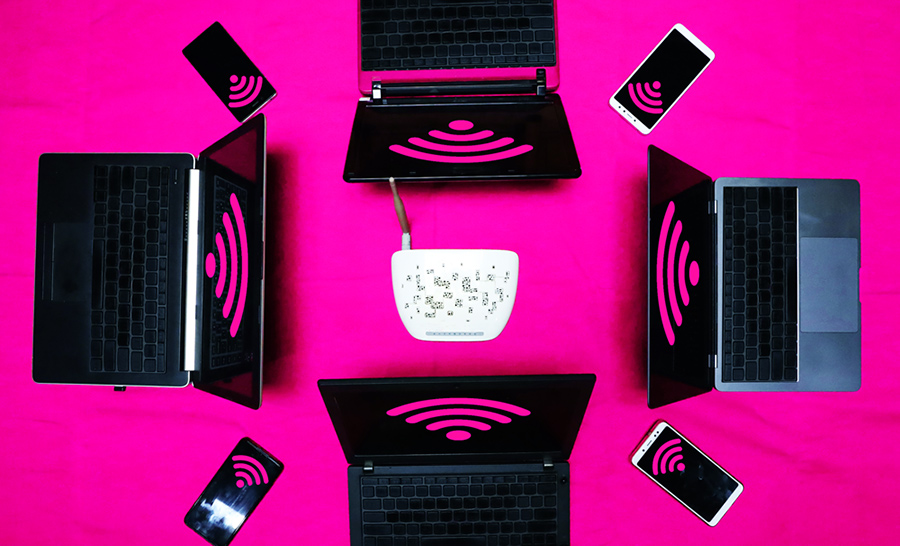 The latest WiFi routers in the market all support a new WiFi standard known simply as WiFi 6. Now that’s weird, you might think, I don’t remember coming across WiFi 5 or WiFi 4? That wouldn’t be surprising. You might have heard of WiFi standards with names like 802.11ac or 802.11n instead. 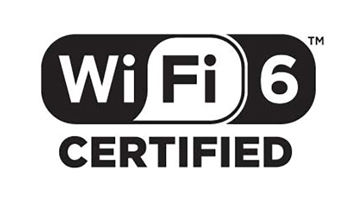 It was only recently in October 2018 that the WiFi Alliance (the organisation that promotes WiFi technology and certifies WiFi products) moved away with the convoluted “802.11” naming format and went with a more straightforward, consumer-friendly one: 802.11n was renamed WiFi 4,  802.11ac became WiFi 5 and 802.11ax became WiFi 6.

So instead of wondering whether the “ac” standard is newer or better than “n”, you can immediately tell that WiFi 5 came out after WiFi 4 and that WiFi 6 is currently the latest standard. 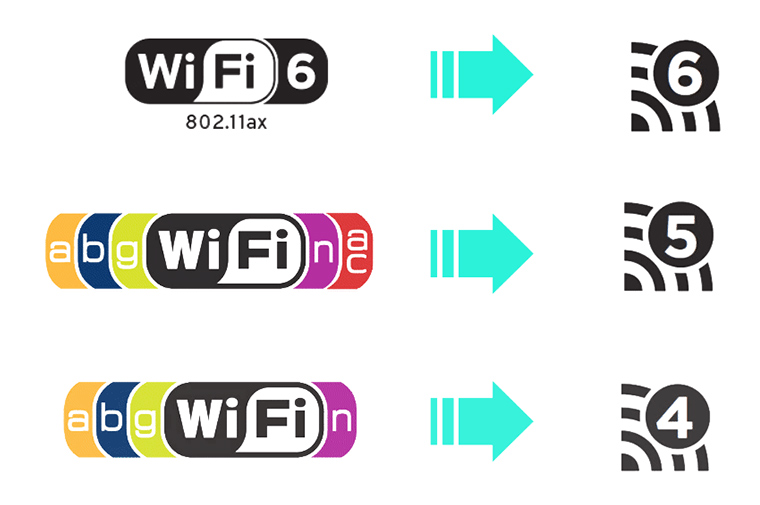 Considering WiFi standards are typically defined by significant improvements in technology, we should expect some new features from WiFi 6. What are they and should you get a new WiFi 6 router? Here’s a rundown of what’s great about WiFi 6: 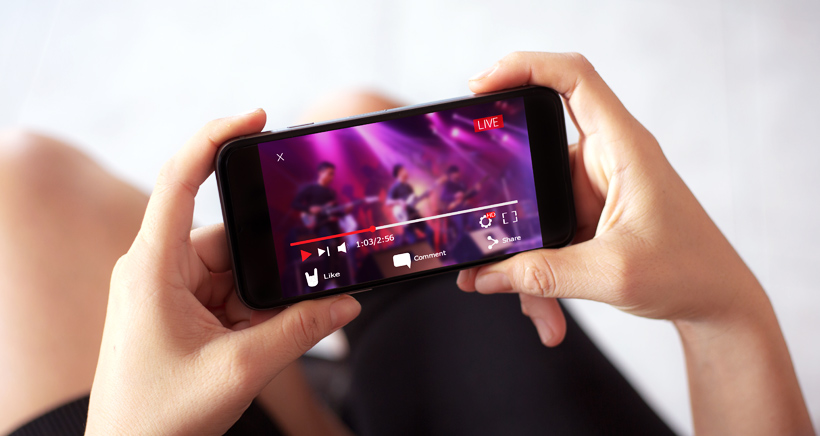 For starters, WiFi 6 routers are more efficient at transferring data, about 25% better in terms of throughput thanks to high QAM (Quadrature Amplitude Modulation).

Without going into the technical details of how WiFi routers use radio signals to send data, a higher QAM basically means more data can be packed into one radio transmission. WiFi 5 routers are 256 QAM while WiFi 6 routers can go up to 1024 QAM. 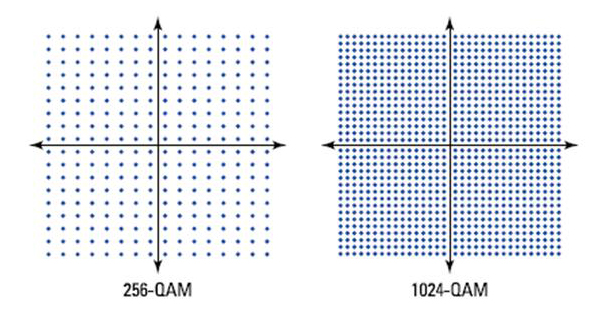 Having higher data throughout means better support for applications that use a lot of data, such as 4K video streaming on your wireless device.

A Wider Channel for More Bandwidth It’s helpful to understand that WiFi signals are essentially radio signals and radio signals have different channels. Like a road between 2 points, you need an available channel between two devices for the data traffic to travel from one to another.

WiFi 6 features the use of a wider channel, from the previous 80MHz to 160MHz. Just like expanding the width of a road to reduce congestion, this means greater bandwidth for faster WiFi downloads and uploads. 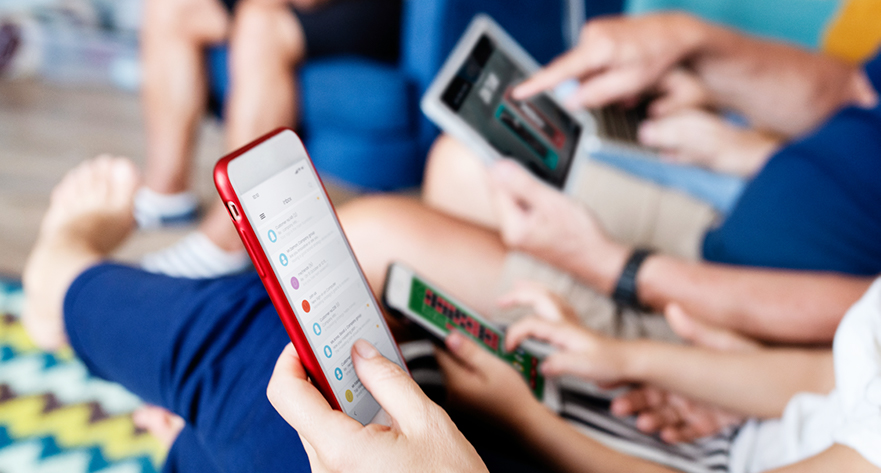 While faster bandwidth to a device certainly helps, the biggest improvement that WiFi 6 offers is faster and more stable connectivity to all the devices connected to your router. This can make a real difference when you consider all the different kinds of wireless devices a family can have running at home relying on one WiFi router: phones, laptops, IP cameras, smart TVs and smart home devices like speakers, locks and lights.

In previous generations of WiFi, such as WiFi 4 and some older WiFi 5 routers, your router could only communicate with one device at a time. In other words, every single time a device connected to your router needed to fetch or receive new data, it had to wait in line for the previous request to be resolved on a first-come, first-served basis.

This creates congestion when you have many devices trying to communicate to one router at the same time. You may not feel much of a delay as your router can process each device’s data request quite quickly but it can add up the more devices you have connected.

Newer WiFi 5 routers introduced a technology known as MU-MIMO (Multi-User, Multiple Input, Multiple Output) which basically allows your router to talk to more than one device at once. WiFi 6 improves on the previous MU-MIMO technology, taking it to the next level.

When MU-MIMO first appeared in newer WiFi 5 routers, it could do a maximum of 4 devices at once (and only for downlinks).

Whereas WiFi 5’s MU-MIMO allowed your router to talk to up to 4 devices simultaneously and only one way (the devices still had to wait their turn one by one to send data back to the router), with WiFi 6 your router can communicate to up to 8 devices, and your devices can respond simultaneously, making it much more efficient when it comes to connecting multiple devices. 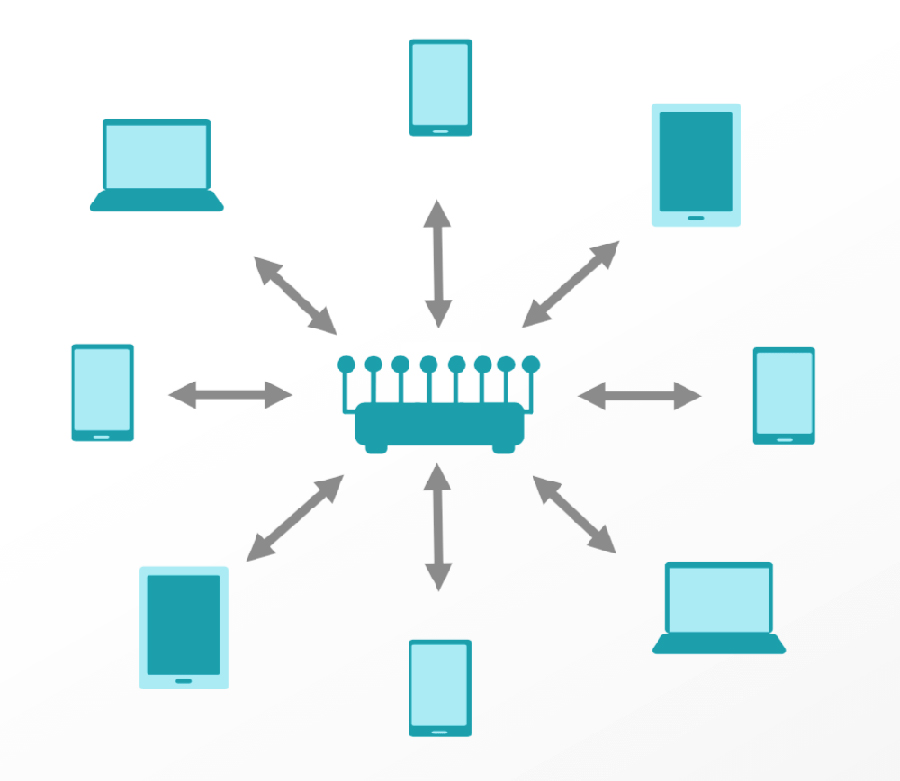 With WiFi 6, MU-MIMO can reach 8 devices at once and includes uplinks.

Besides improved MU-MIMO, the other big achievement of WiFi 6 to better support multiple wireless devices is Orthogonal Frequency-Devision Multiple Access or OFDMA.

To see how this helps, remember how WiFi signals are basically radio signals and radio signals have different channels? Like a road, you need an available channel between two devices for the data traffic to travel from one to another. When you have multiple devices, they need to wait for a channel to be available to receive the data they requested. 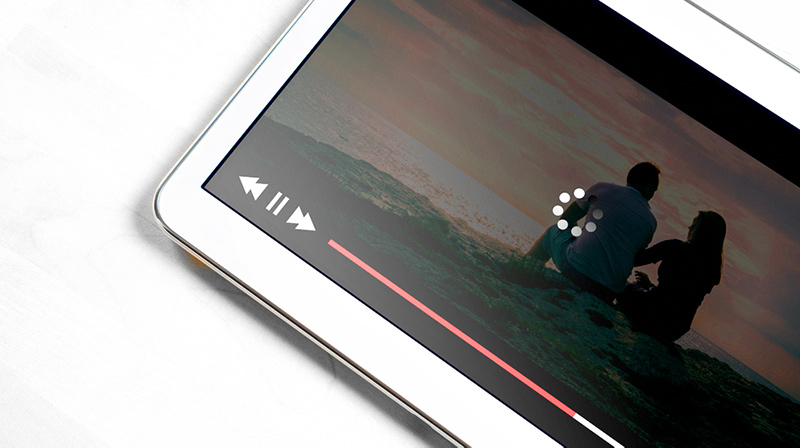 An earlier version of the technology, known as Orthogonal Frequency Division Multiplexing or OFDM, tried to improve on this by splitting a channel into smaller subcarriers, like how you would divide a road into smaller lanes.

Back to our analogy! If the channel is a road, OFDM splits the road into many lanes so more than one truck can use the road to transfer its goods, and each truck has its own dedicated lane at a point in time. The downside of this is that one lane can only hold one truck at a time. So even if one truck isn’t full, it still takes up that entire lane.

OFDMA that WiFi 6 features takes an available channel and further divides it into smaller portions known as resource units (RUs) and also further splits subcarriers (what OFDM did) into granular components called tones, which can be sent out simultaneously.

So instead of using an entire channel or subcarrier for each device (no matter how small the request), the router can more efficiently deliver the information it has by splitting it into tones and simultaneously transmitting it across all the channel’s subcarriers.

Compared to OFDM, OFDMA breaks up a channel into even smaller units, like smaller packages, that can be sent out simultaneously. (Image source: Aruba Blogs)

To build on the earlier analogy: instead of sending a whole truck down the road to transport what might be just a small package to one destination, that one truck can now be fully loaded with different deliveries to be sent to different places on the same trip. 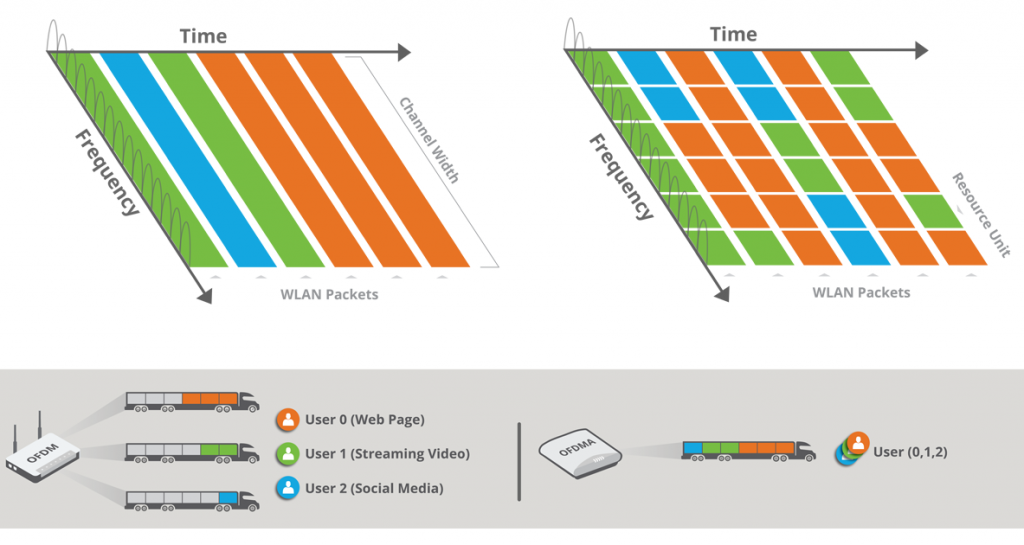 OFDMA ensures that all of an available channel, like a truck now properly filled, is used effectively.

In other words, every WiFi transmission from your router is now more effectively used to transmit information to all connected devices, which means faster connectivity especially in an area with many devices.

For devices that rely on battery power (and there are a lot), WiFi 6 has also introduced a new feature called Target Wake Time or TWT that essentially lets your router and devices negotiate and be smarter about how often they send and receive data. 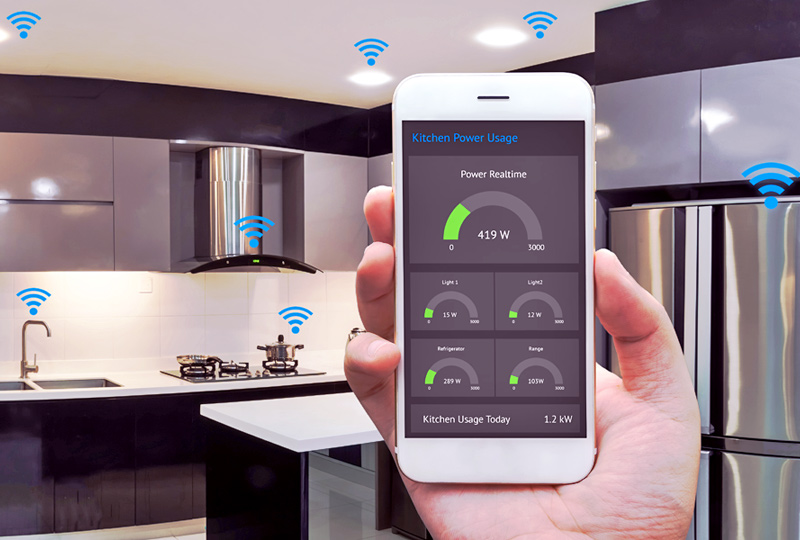 This is especially relevant for smart appliances like smart locks and temperature sensors that need to periodically ping your router to report their status. Rather than having each device decide on its own when and how often to ping the router, TWT allows your router to schedule when individual devices should use the wireless network.

This can have a huge impact on battery life as these smaller smart devices don’t need to be on when they aren’t transmitting and can go to sleep for longer periods of time. This can mean the difference between waking up 100 times per second (which was mostly the default for many devices) and waking up once a second.

Getting a WiFi 6 Router 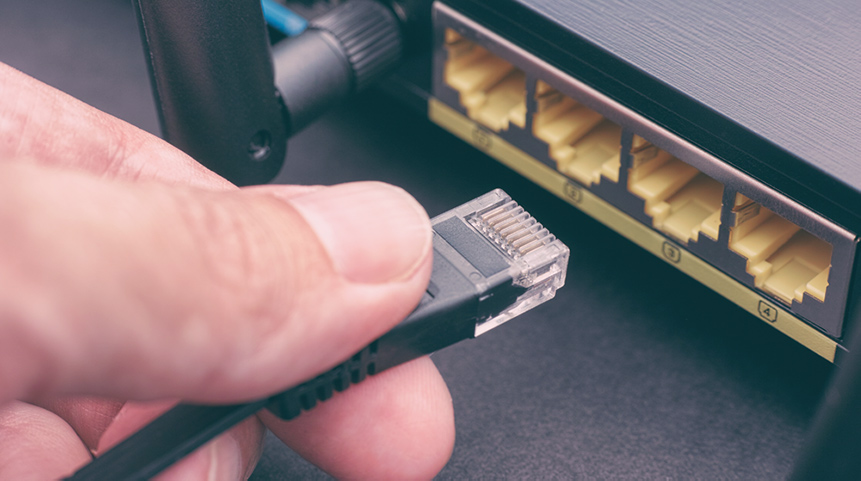 While WiFi 6 officially launched in 2019, it’s only this year that we’ve seen WiFi routers supporting the standard readily available on the market. If you don’t see “WiFi 6” in the router’s name, it’s because some router manufacturers are still following the older WiFi standard naming convention i.e. 802.11ax is the same as WiFi 6, so the router’s name may have an “AX” in the name instead.

So, should you get a new WiFi 6 router? If you have an older router, perhaps one that’s of a WiFi 4 standard (a.k.a. 802.11n) or older and you’re not happy with your current WiFi speeds, it may be a good idea to upgrade. Your older router may be the bottleneck in your home’s network setup.

If you have several heavy WiFi users in your house or have many smart home devices, getting a new WiFi 6 router may be a worthwhile investment as well. As mentioned, WiFi 6 offers big improvements especially when it comes to supporting multiple connected devices.

Like previous standards, WiFi 6 routers are available at different prices with different hardware specs and performance capabilities. Here are a couple we could recommend: 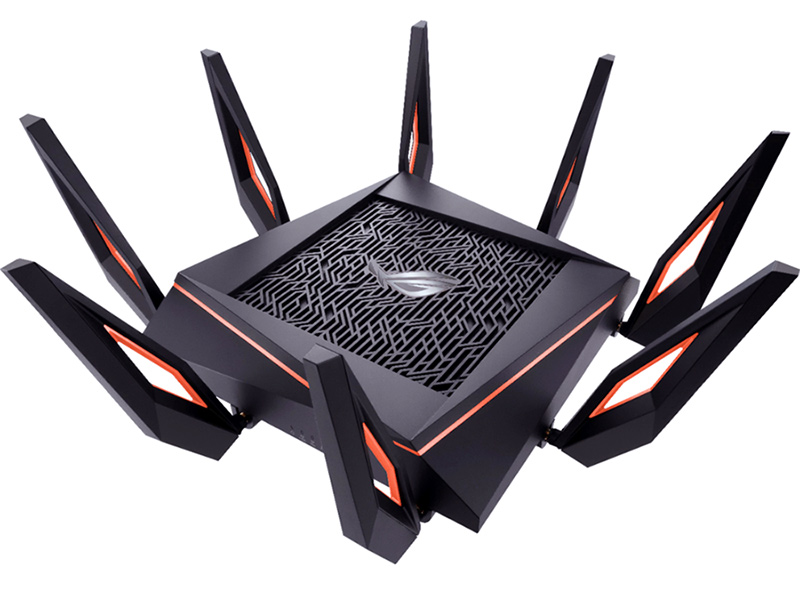 One of the first WiFi 6 routers made available in 2019, the ASUS ROG Rapture GT-AX11000 has proven to be a popular choice for those looking for faster WiFi speeds and greater coverage at a respectable cost. It is one of the fastest WiFi 6 routers on the market today and is an ideal blend of performance, features and price. 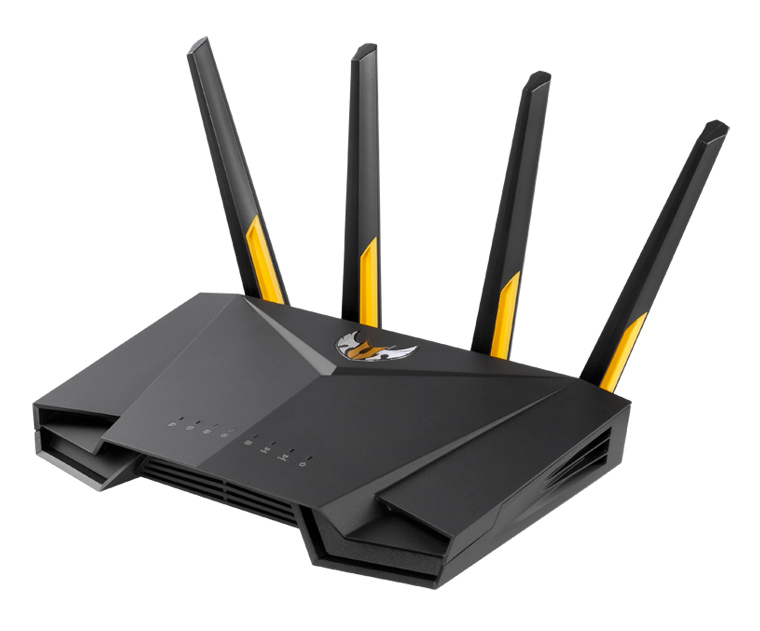 If you have a more modest budget, the ASUS TUF Gaming AX3000 router is a brand new 2020 model that delivers excellent WiFi 6 performance at a mid-range price point. It is also the first WiFi router in the ASUS TUF Gaming series: a line of products specifically tested for their stability and durability.