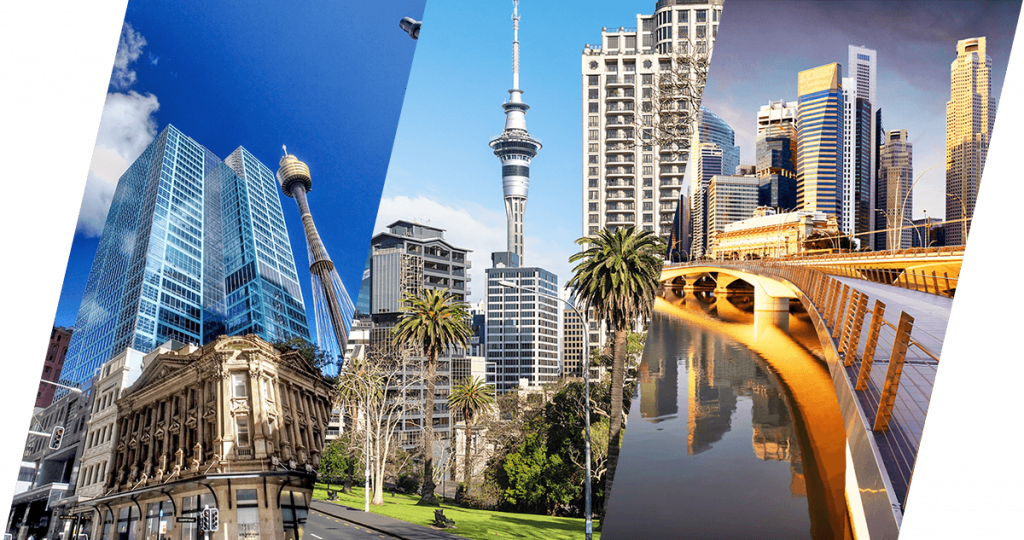 MyRepublic is one of the fastest growing telecom operators in the Asia-Pacific, with operations across Singapore, New Zealand and Australia. With a uniquely scalable and centralised framework enabling a seamless delivery of layered services, MyRepublic has become a leader in digital transformation for the telecom sector, one set to play out over the next decade in one of the most exciting regions of the world.

Our mission is to be the world’s largest enabler of deep, meaningful and trusted relationships between customers and products through a highly scalable connectivity franchise model.

StarHub to Acquire 50.1% Stake in in MyRepublic’s Broadband Business in Singapore to Drive Long-term Synergies 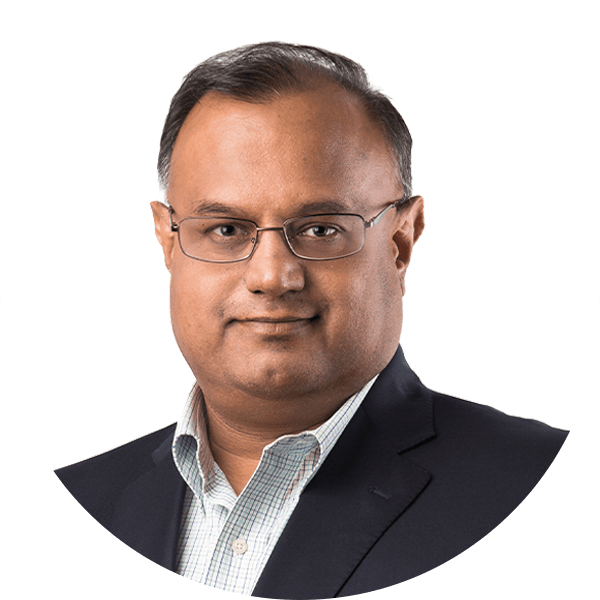 Chief Executive Officer
Founder
Chairman of the Board 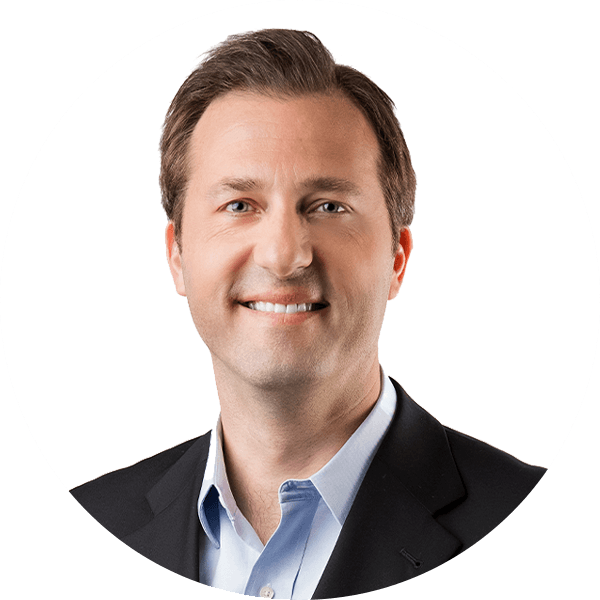 Chief Corporate Development Officer
Co-Founder
Member of the Board 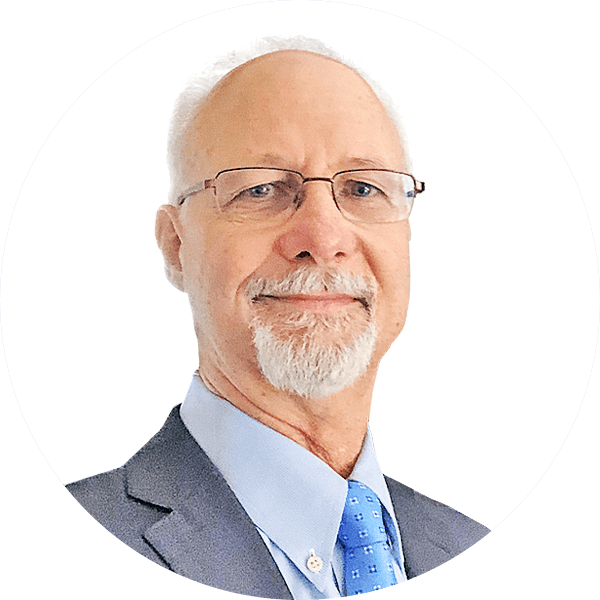 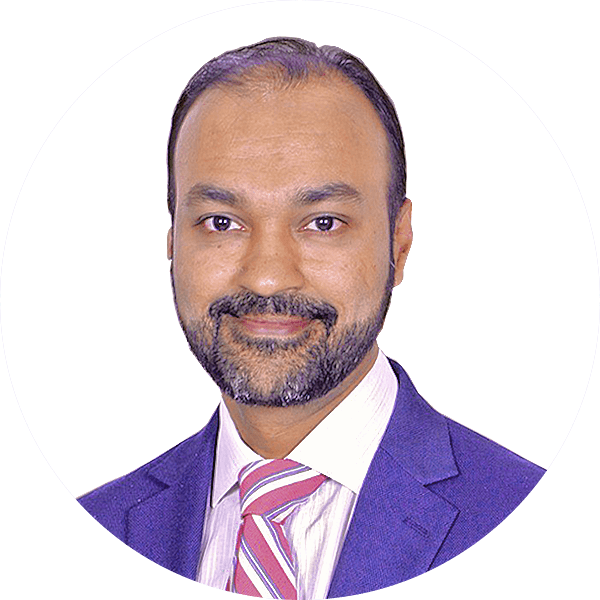 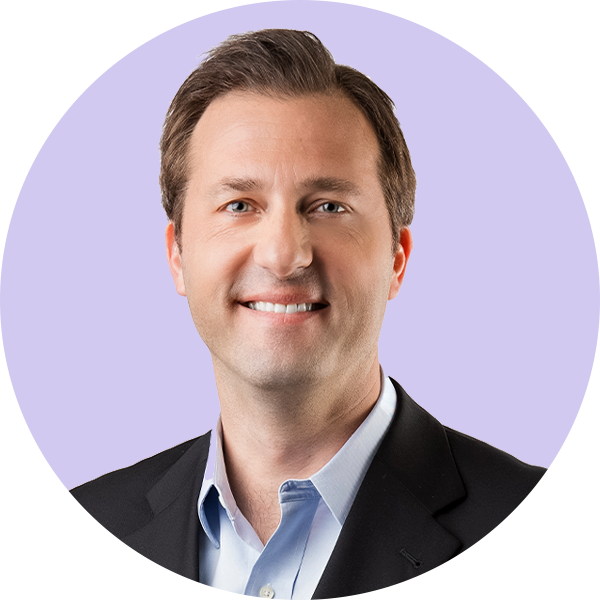 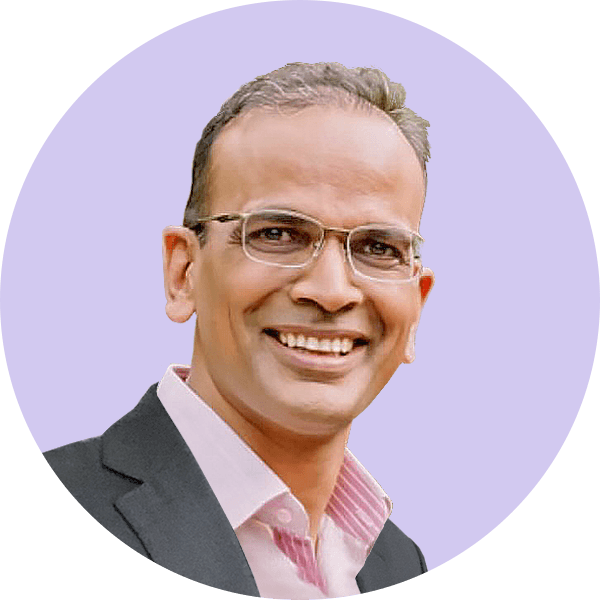 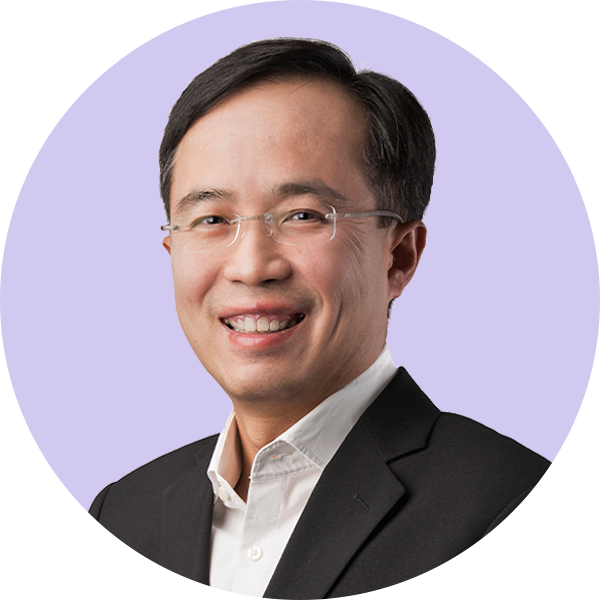 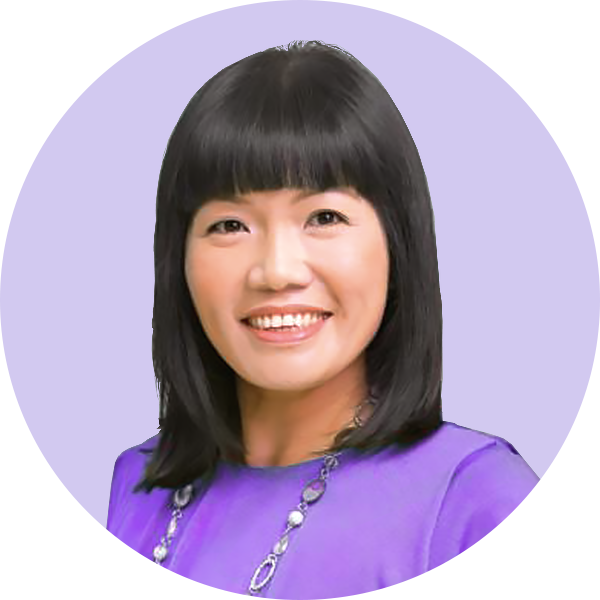 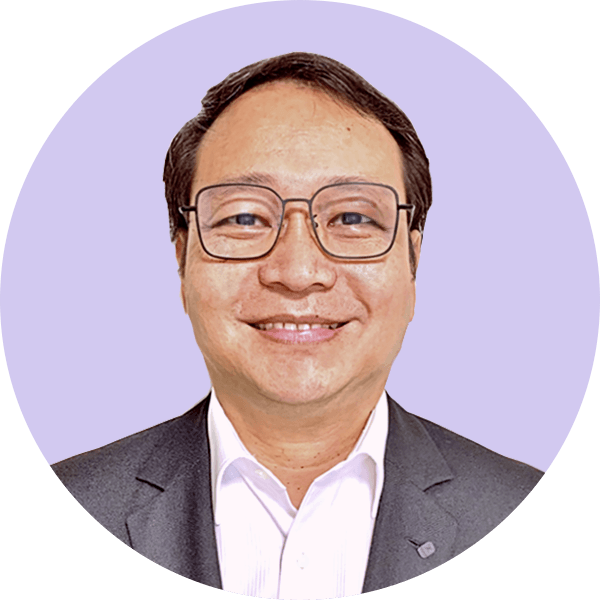 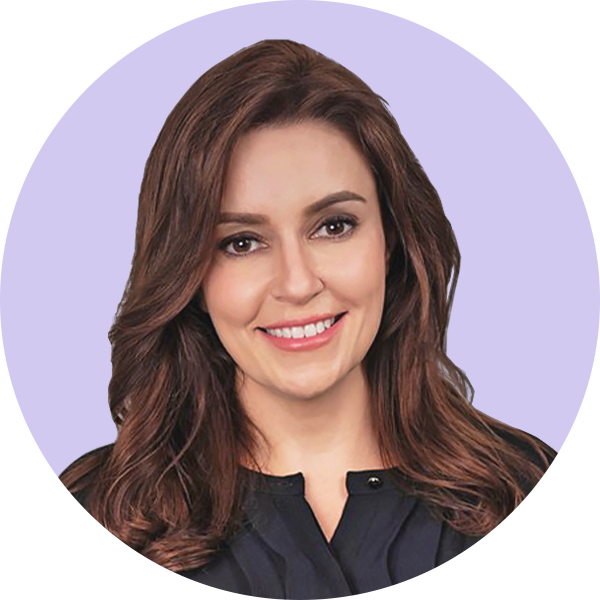 Chief Executive Officer
Founder
Chairman of the Board

Malcolm is the Chief Executive Officer (CEO) and co-founder of MyRepublic. He drives the company’s vision and growth strategy as it continues to redefine the economics of the telecommunications industry. Under his leadership, MyRepublic has grown from a tech start-up with into a regional cloud-based Internet platform company operating across Singapore, New Zealand, Indonesia and Australia.

Malcolm was the Former VP of International, Wholesale & Carrier Services at StarHub (Singapore), responsible for the wholesale channel, international voice and data, and Global IP Transit & Peering. He led the successful bid to set up and operate Singapore’s Next Generation Nationwide Broadband Network (NBN). He then become the General Manager of the NBN Operating Company, Nucleus Connect.

With almost 25 years of experience in telecommunications, Malcolm has served as the Chairman of the Board for the Singapore Internet Exchange (SGIX). Malcolm has also held senior management roles at 360 Networks in Hong Kong, Bell Canada, and Shaw Communications in Toronto where he was responsible for deploying infrastructure into 12 Canadian markets (including the construction of over 4,000km of optical fibre cable) and working with the International Olympic Committee to construct the communications and broadcast network for the 2012 Winter Olympic Games.

Chief Corporate Development Officer
Co-Founder
Member of the Board

Greg is the Chief Corporate Development Officer (CCDO) and co-founder of MyRepublic. He plays a key role in defining company’s regional growth strategy, with a focus on business development and investor relations. A passionate advocate for Nationwide Broadband Networks (NBNs) and other transformative Next Generation technologies, Greg’s industry experience has led to many speaking opportunities on entrepreneurship and disruption in the region.

Originally an attorney, Greg practiced International Trade and Corporate law at Baker & McKenzie. Greg went on to co-found MCCI, a contact centre outsourcer with 1,100 stations, which was sold to Teleperformance for $40 million. He graduated from INSEAD in 2003 with a Masters in business administration. 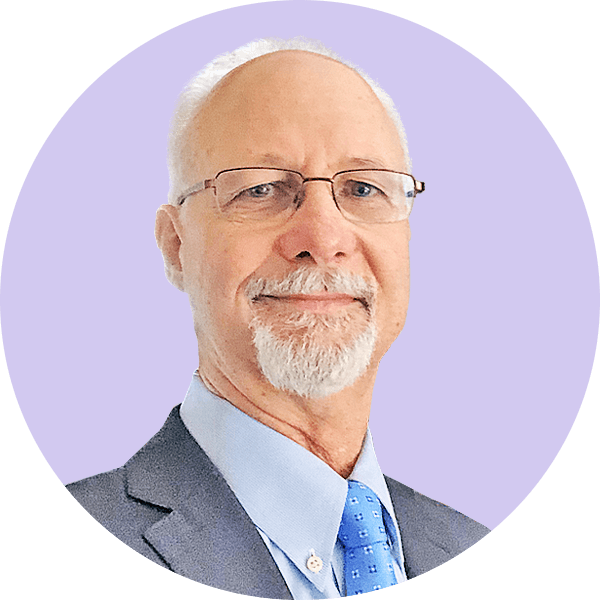 Frank brings over 40 years of experience in Information Technology leadership in the Telecommunications, Cable Television, and Food & Beverage industries.

Frank retired in 2018 after a 20-year career with Bell Canada Enterprises (BCE), Canada’s leading Telecommunications company. Most recently as Senior Vice President of Information Technology, Residential Services, he was responsible for Ordering and Billing systems development and operations for Internet, Home Phone, and Television. Previously he was Chief Information Officer (CIO) of the company’s Wireless Division.

Formerly a Vice President and CIO in both the Cable Television and Food & Beverage industries Frank has extensive experience in Outsourcing Contract negotiations and management for both onshore and offshore IT service delivery. He has been active in development of IT Technical Architectures, Agile Delivery practices, and Call Center Operations. Frank graduated from the University of Waterloo with a degree in Systems Design Engineering. 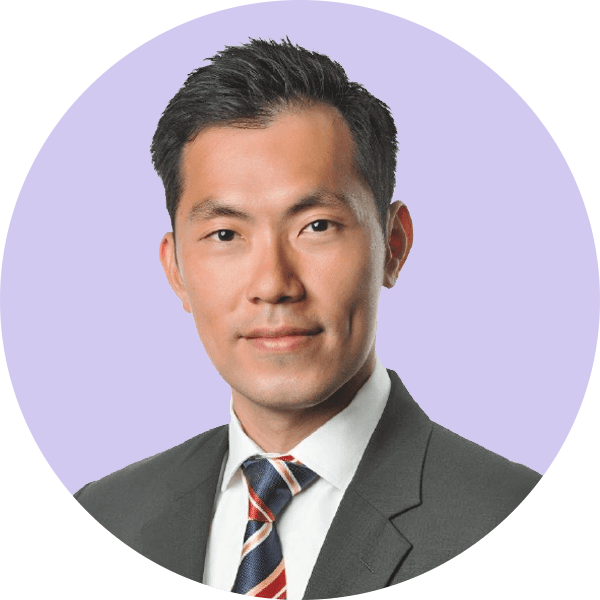 Prior to this, he worked in private equity at Quvat Capital Partners, and in management consulting at McKinsey & Co.

He holds a Master in Business Administration from Harvard Business School and a Bachelor of Science in Mathematics and Economics from London School of Economics & Political Science. 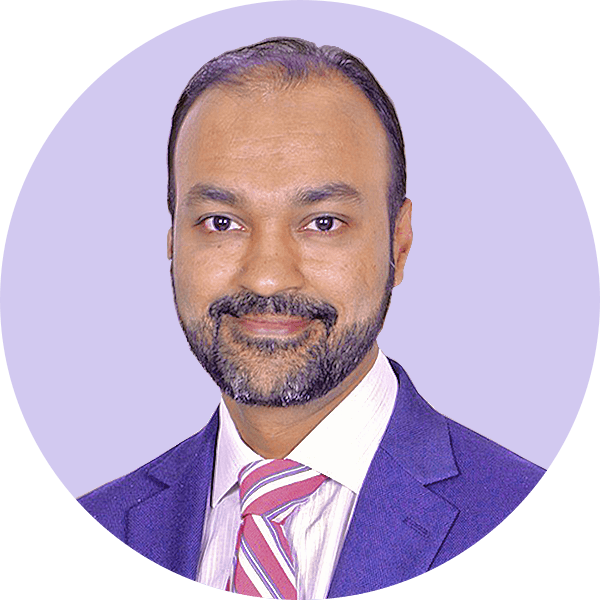 Vaibhav Totla is a Managing Director within CLSA Capital Partners. He has 17 years of experience in the Asian financial markets, including stints with Bank of America Merrill Lynch, Standard Chartered Bank and Noble Group. Vaibhav received an MBA from the Indian Institute of Management, Ahmedabad and is also a Chartered Accountant.

Rakesh Malani is the Group Chief Financial Officer (CFO) of MyRepublic. Rakesh is a seasoned, growth-oriented, global CFO with extensive experience in building and running a business. His responsibilities at MyRepublic include oversight of all the company’s financial functions with a focus on capital strategy, fundraising, Mergers and Acquisitions (M&A) and organising the drive towards an IPO.

In his time here, he’s played a central role in MyRepublic’s business turnaround, capital restructuring, fundraise, and debt refinancing. He was the chief architect in crafting and negotiating StarHub’s $145 million investment (plus an additional $92 million earnout) into MyRepublic.

Rakesh came to MyRepublic from Carousell where he was CFO and a member of the Board. There he oversaw the company’s capital strategy, fundraising, corporate development, mergers and acquisitions, investor relations, business planning, accounting, legal and compliance, He played a central role in fundraising over US$420 million and executing multiple M&A transactions while growing company’s enterprise value multi-fold to over US$900 million. During this time, the company grew from 40 employees to over 700 employees spread across 8 markets.

Prior to Carousell, Rakesh worked as Global CFO and HR Head at APAC ad-tech company Komli Media. He played a pivotal role in business turnaround, business restructuring, M&A, sale of business as well as in raising a significant funding round.

Prior to Komli, Rakesh had a long and very successful inning at Kanbay where he helped the Chicago start-up grow multi-fold and into profitability. Kanbay had a successful IPO on NASDAQ and after four years as a public company, the company was acquired by Capgemini for US$1.25 Billion. Post acquisition, Rakesh took on the CFO role at Capgemini Financial Services (FS). Under his leadership, the FS business unit grew to US$1 Billion turnover with a footprint across the US, Europe, India, APAC and Australia.

Rakesh has an MBA from University of Illinois at Urbana-Champaign and he’s also a graduate of the AT&T Financial Leadership Program.

As President of MyRepublic, Yong Teck is directly responsible for driving growth, operational efficiency, and synergies across the company’s service businesses in Singapore, Australia and New Zealand. Yong Teck was instrumental in launching and developing MyRepublic’s mobile business, establishing it as a key growth engine alongside MyRepublic’s Broadband and Enterprise businesses.

Yong Teck has over 30 years of experience in the Info-communication industry. Having worked in key technical, marketing and management positions, his experience and expertise spans to include almost every area of an operator, from product and marketing (consumer and enterprise segments) as well as mobility, to project management, tender specification, system and IT planning and software development.

Yong Teck graduated in Electrical and Electronics Engineering from Loughborough University and has an MBA from Henley Business School.

Jeannie Ong is the Group Chief Investor Relations Officer of MyRepublic. Prior to that, she had an illustrious career with the StarHub Group, where she took on senior management appointments as their Chief Strategic Partnership Officer and Chief Marketing Officer, advising the Group on branding and marketing, Investor Relations (IR), sustainability and all communication matters relating to operations and strategy.

Jeannie is the Founding Board Member and IR Advisor of AetriaHeath, a healthcare start-up in Thailand. She serves as a Board of Director at the National Arthritis Foundation in Singapore, where she is the Chairman of their Marketing and Publicity Committee. Jeannie is a founding member of IRPAS (Investor Relations Professional Association of Singapore) since its inception in October 2006 and was a Director of its Board from 2012 to 2021, championing for the IROs in Singapore.

Jeannie has more than 25 years of experience working as a senior corporate executive for listed companies, across different industries. In her corporate roles, Jeannie has helmed successful initial public offerings and established billion-dollar MTN programmes. She was also instrumental in setting up communications, IR and sustainability frameworks of the listed companies. Jeannie was named Best IR Officer in Singapore by IR Magazine Awards – South East Asia for three consecutive years, from 2012 to 2014. She is also the only Singaporean IRO who was named in the 2015 Global Top 50 IROs.

Jeannie holds a BSc Economics (Hons) from the University of London, with majors in Economics and Marketing as well as an Advanced Diploma in Healthcare Management and Digital Health from the Singapore Management University.

As Group Chief Technology Officer, Tun Tun Myint leads MyRepublic’s IT and Network engineering teams in developing and managing the platform, infrastructure and cloud-based IT services that drive the Group’s core business operations.

Prior to MyRepublic, Tun was VP of Network for Frontiir, the largest and most successful Internet Service Provider in Myanmar, which has achieved over 50% of the country’s enterprise connectivity market share under his leadership.

Tun was responsible for Frontiir’s network and IT operations as well as its nationwide network infrastructure rollout. He also played a pivotal role in building and leading Frontiir’s local and international wholesale, partner sales, and enterprise solution teams.

Tun was previously Head of Engineering at MyRepublic, responsible for designing and building the network infrastructure for MyRepublic’s operational launch and leading its engineering and operation team. Prior to this, Tun worked in the Network Planning team at Singtel where he was responsible for designing and managing SingNet’s Broadband core IP network infrastructure.

Tun holds a Bachelor of Science in Physics from Yangon University and Diploma of Computing from City College, UK.

As Chief People Officer, Deborah Woollard spearheads the development and implementation of the MyRepublic’s people and culture strategies across the Group. She leads the HR team in creating and aligning people solutions to build capability, enable performance and accelerate growth.

Deborah was formerly the Vice President of People & Communities at Cisco for the APAC region as well as the Global Vice President for Leadership & Team development.

Prior to Cisco, Deborah worked with InterContinental Hotels Group as the Vice President of HR across the Asia, Middle East and Africa regions, leading the delivery of people services to over 55,000 employees in 48 countries.

Deborah has more than 20 years of experience in a number of specialist areas of HR including Talent Development, Learning, Talent Acquisition, Change and Organisational Effectiveness, as well as serving in large business partner roles globally and across the APAC region.

Deborah has a Masters degree in Human Resource Management and Leadership Psychology and Bachelor degrees in Commerce (Business Administration) and Arts (Applied Psychology). Deborah is also currently enrolled in the Executive Masters of Change at INSEAD (Singapore campus), and is a certified coach, a qualified Lifeline crisis counsellor and an Executive Mentor for Singapore-based charity Daughters of Tomorrow.