What is a WiFi mesh system and should you get one? 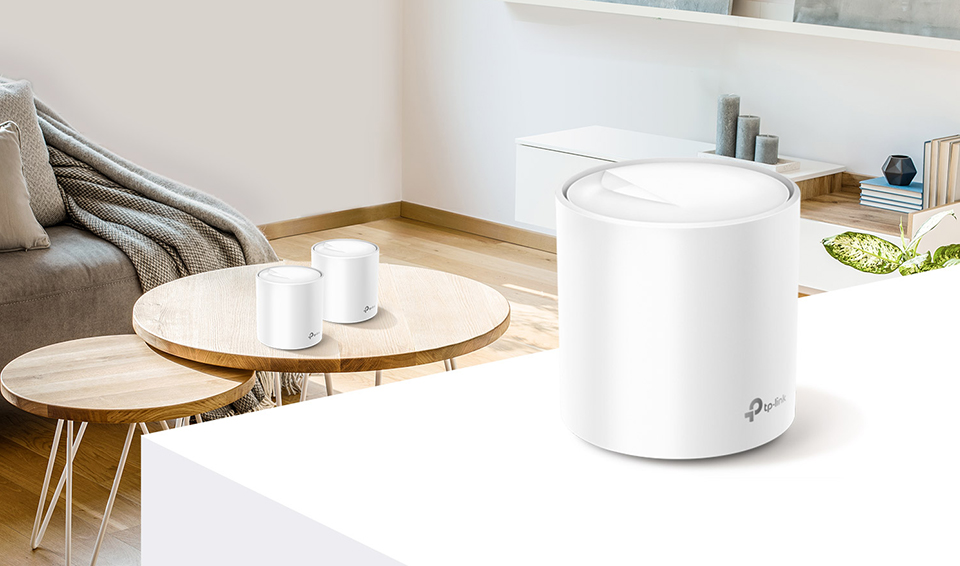 This article was updated November 2020.

WiFi mesh systems are the latest growing trend in the world of home WiFi. These are quickly replacing “traditional” routers with a new way of delivering internet connectivity throughout your home. Why? WiFi mesh systems are a great and rather easy-to-implement solution to the problem of WiFi dead spots: the places in your home where you can’t get proper WiFi coverage.

Imagine getting a brand new WiFi router and you find out that you still can’t get WiFi coverage in parts of your house. The connection may be completely fine in the kitchen and living room until you get to your bedroom and then become absolutely non-existent in the bathroom at the back of the house.

For many people, it’s not feasible to move your WiFi router to get a better signal or faster WiFi speed. Most people place their WiFi routers near access points or where your service line (be it DSL, cable or fibre) comes in and these places are usually at one remote corner of the house. 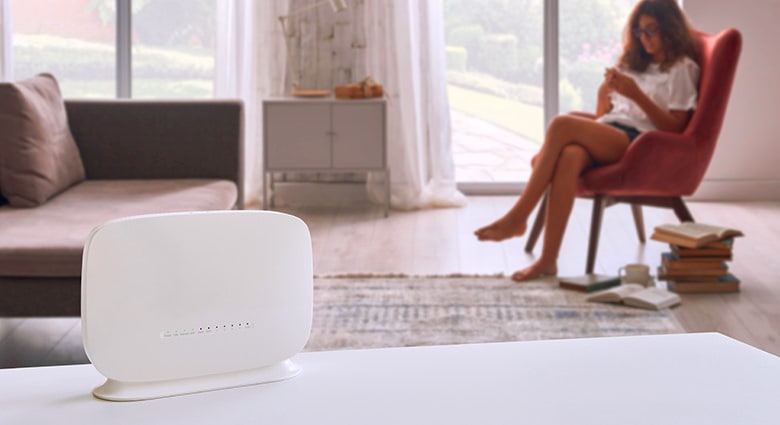 Not everyone can position their WiFi router in the middle of their homes.

So what are WiFi mesh systems and how do they work better than the traditional single WiFi router?

Home Networking 101: Your Modem and Router

Let’s quickly go over some basics. Your home network system generally consists of a single modem and a WiFi router.

The modem is the device that connects your home to your Internet Service Provider (ISP) and the internet. If you’re in Singapore and on fibre broadband, you’d know this as your Optical Network Terminal or ONT. But, it’s basically your modem.

Older modems either connect to a cable port on the wall (specifically coaxial cables if you’re on cable broadband) or to a telephone socket (if you’re on ADSL or DSL).

All the devices in your house need to connect to your WiFi router in some way. This may be via physical network cables, most commonly Ethernet cables, or wirelessly over WiFi signals. 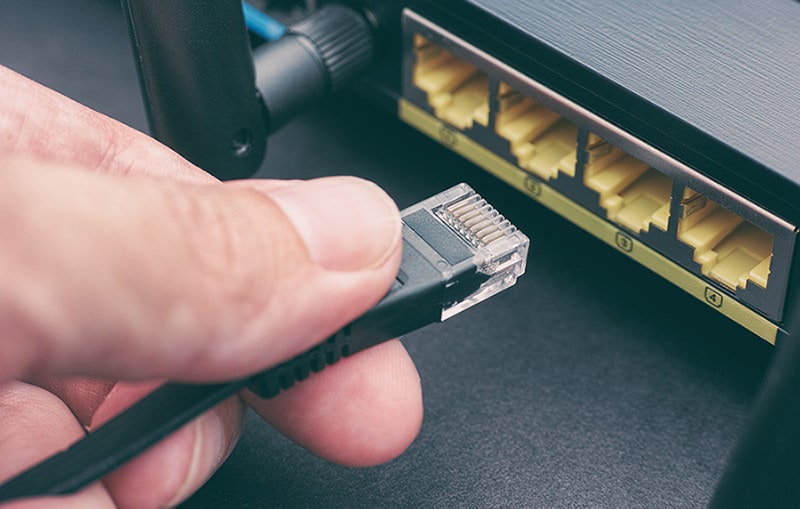 A WiFi router itself can’t connect directly to the internet. You’ll need a modem so your data can be transmitted as signals over the network beyond your house. This includes telephone signals or optical signals. Each ISP will provide you with their own modem.

Things sometimes get confusing because some ISPs combine a modem and router into a single device. While this helps reduce clutter, this prevents you from choosing your preferred WiFi router or upgrading it. There are lots of different WiFi router models in the market by different brands to choose from.

One plus One: WiFi Repeaters and Extenders

A WiFi router, even a high-end one, has limited reach. For some homes getting a more powerful WiFi router model can fix your WiFi coverage issues. For other homes, especially ones with lots of walls and rooms, getting a strong WiFi signal throughout the entire residence can be a huge challenge. 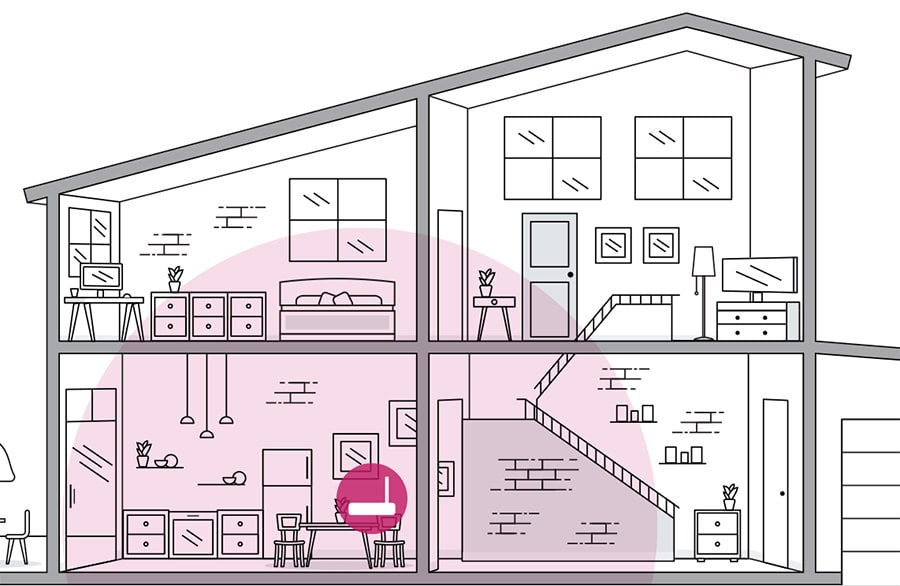 A single WiFi router can only reach so far.
(Image credit: TP-Link)

Now, we know what you might be thinking. Well, if one WiFi router only gives so much coverage, why not use two or more? That’s actually what we’ve done! But it’s a bit more complicated than you might think.

Before WiFi meshes came on the scene, WiFi coverage problems were commonly fixed by WiFi repeaters. A WiFi repeater, as its name suggests, basically picks up a signal from your WiFi router. It then repeats the WiFi signal it receives. It’s a device that’s very similar to a WiFi router – in fact you can actually turn a WiFi router into a WiFi repeater. 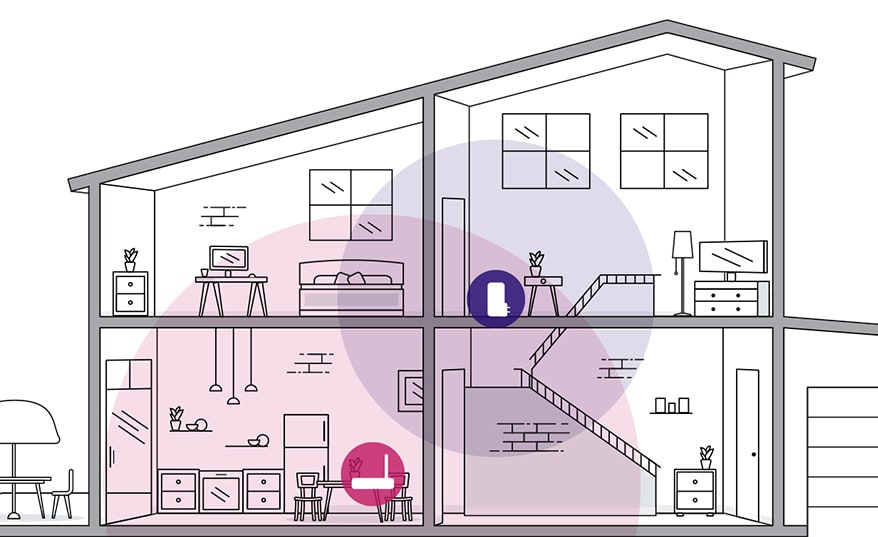 A WiFi booster or extender extends the range of your WiFi router
(Image credit: TP-Link)

The main downside of using a WiFi repeater is that the repeated signal tends to be weaker than the original one, giving you about half the bandwidth of what the original WiFi network provides: so if you connect a row of repeaters, the signal at the end of them will be significantly diminished. In other words, while you’re increased the range of your WiFi to your other rooms, the connection strength and wireless speeds they’re getting can be quite bad. You’re also ultimately dependent on the signal strength and position of your main WiFi router.

WiFi extenders or range extenders function in largely the same way as repeaters, grabbing the existing WiFi signal from your wireless router and extending its range by re-broadcasting. They also have the added benefit of  connecting to your main WiFi router directly through cables instead of just relying solely on WiFi signals. 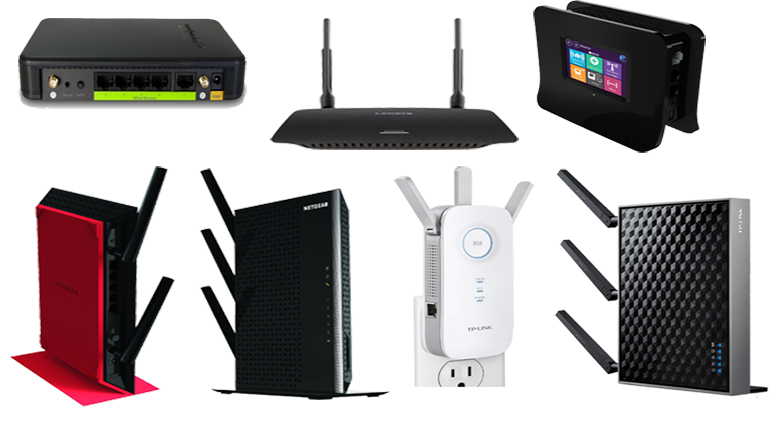 WiFi extenders and repeaters come in all shapes and sizes.

Another drawback is how WiFi extenders and boosters typically create their own separate WiFi networks with their own network names (or SSIDs as we call them). If you’re in an area with the choice of multiple networks, you may not know which is the best one to use. Your devices would also need to switch networks as you move from one part of the house to another.

The problem with having several WiFi networks with different SSIDs
(Image credit: TP-Link)

From One to Many: a Mesh WiFi system

Why call it a WiFi mesh? A mesh, like a web or a net, has many woven or attached strands. Likewise, several interconnected parts make up a Mesh WiFi system. Instead of a single router, a WiFi mesh consists of a group of networking components commonly known as nodes. One node connects to the modem while the others are placed throughout your home. 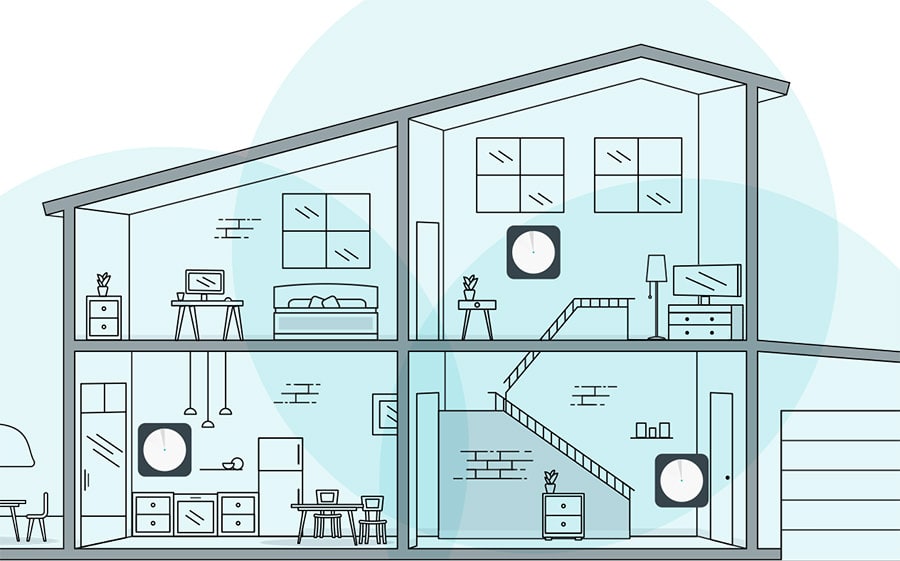 Compared with WiFi extenders or repeaters, all nodes of a WiFi mesh system are part of a single network and can wirelessly connect and communicate to each other. The modem still remains unchanged–we’ve simply replaced the old single router with a new multi-node router system.

Unlike WiFi repeaters or extenders, which ultimately rely on the single WiFi router to send signals out, each WiFi mesh node can send and receive signals and support other nodes, like points in an interconnected web.

This mesh WiFi system helps nodes that are furthest away from your modem deliver a strong WiFi signal: instead of relying on one point or one main WiFi router, they can support each other to provide the best available signal strength.

In fact WiFi Mesh technology has been used for quite some time to provide WiFi access in public areas and government buildings. The multi-node system provides “path diversity”, which means that even if a node fails or the transmission path is momentarily blocked, the signal can continue to transmit. This is because the nodes rely on a routing algorithm that calculates the fastest route to a specific destination–they’re basically talk to and support each other.

Path diversity: If one node has an issue, the WiFi mesh system can automatically reroute data to maintain connectivity
(Image credit: TP-Link)

Should you get a WiFi mesh?

There are definite advantages of using a WiFi mesh but there are some drawbacks as well. Here’s what you should consider:

Ease to set up and use

A WiFi mesh system is much easier for non-tech-savvy users to set up. A WiFi router plus extender is much more technical. There’s no special configuration or technical setup required: You generally just plug each WiFi mesh node into a power source and one of the nodes into your internet modem.

Many mesh systems also come with an app that walks you through the installation process. The TP Link Deco X60 system, for example, comes with the Deco mobile app that walks you through how to set up your WiFi mesh system and provides features such as Quality of Service (QoS). Such apps can also help guide you to where to place each node to get the best WiFi coverage for your home. 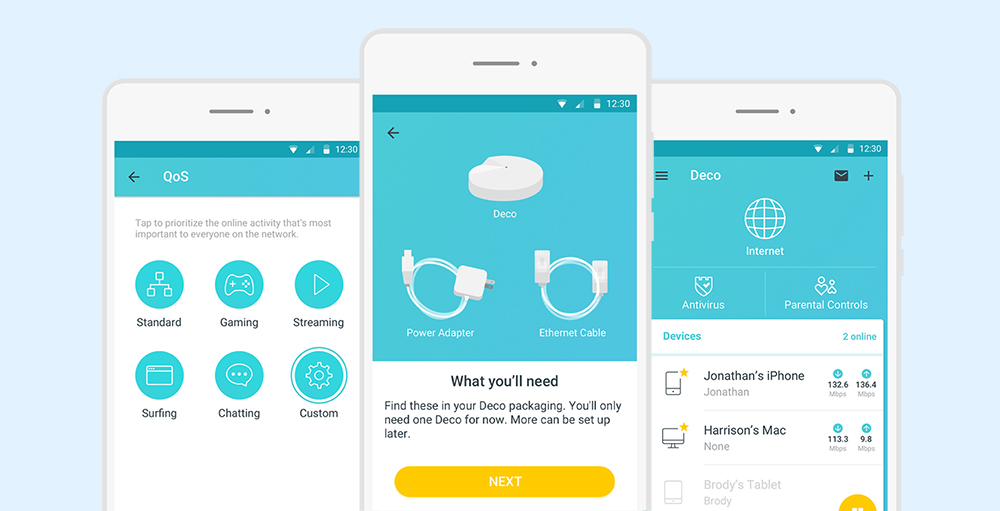 Additionally, with a WiFi mesh system, your devices only need to connect to one network with one SSID. As you move around the house, you won’t have the hassle of signing into a new WiFi network or ensuring that your device is connected to the network you want. The WiFi mesh system makes sure data is transmitted across the nodes via the fastest route, so no matter where you go or which floor you decide to hide out on, you’ll stay connected. 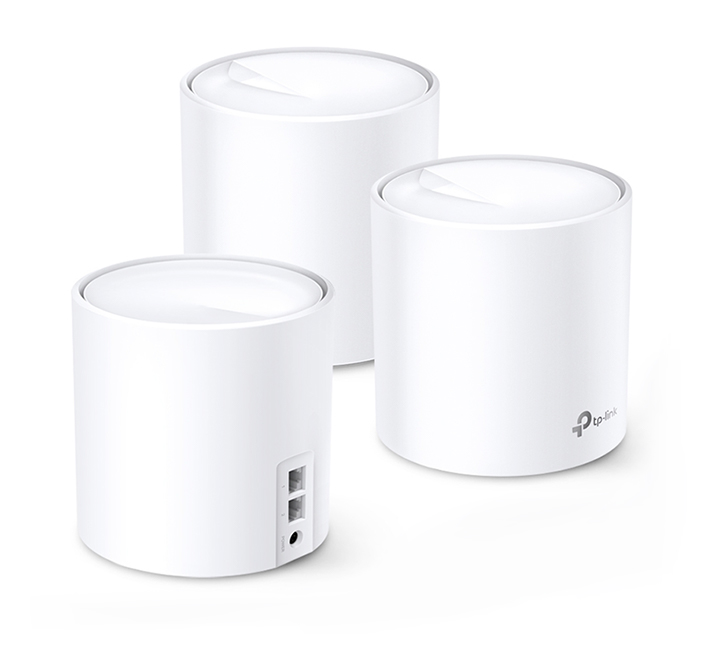 Maybe you’ve moved to a new place with a completely different layout or you’ve had some renovation work done. As your living space changes or grows, you may find that your current home networking setup isn’t providing the same quality connectivity as before.

With a WiFi mesh system, all you need to do is to rearrange where you placed the nodes. If your place is bigger now and you need to expand your WiFi coverage, you can buy and easily add additional nodes. They should connect automatically with your existing mesh network: no need to sign up new SSIDs or passwords or do any technical configurations: simply plug the node into a power source, open the app and connect it to the rest of the family. 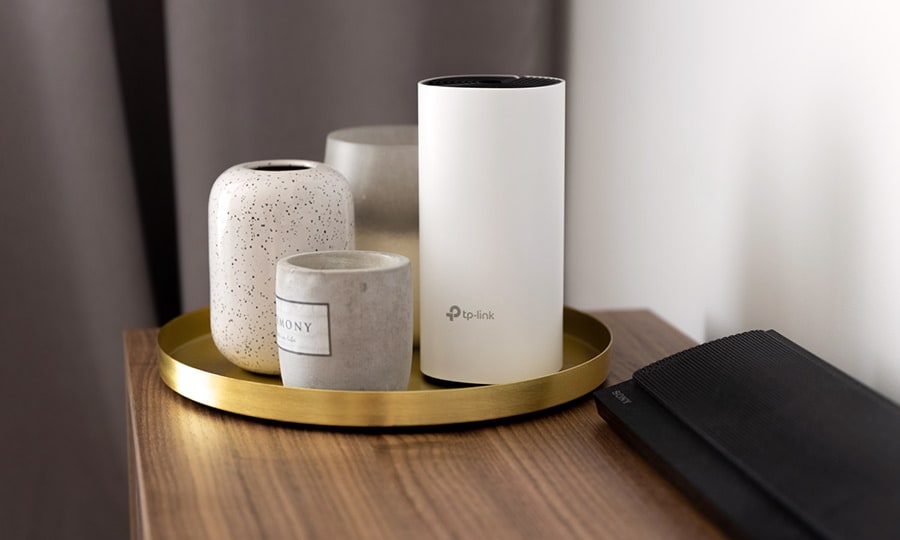 WiFi mesh nodes are designed to be inconspicuous

Trip wires are exciting in a dungeon; not so much in your home and office. Mesh WiFi nodes are generally smaller, sleeker, and more discreet compared to WiFi routers and extenders. This is a great choice for those who prefer to keep network cables and WiFi devices out of sight.

Some WiFi system nodes are even cable-free: they plug directly into a power point. Eero was the first company to introduce a WiFi mesh system. This form and design still remains very popular today. 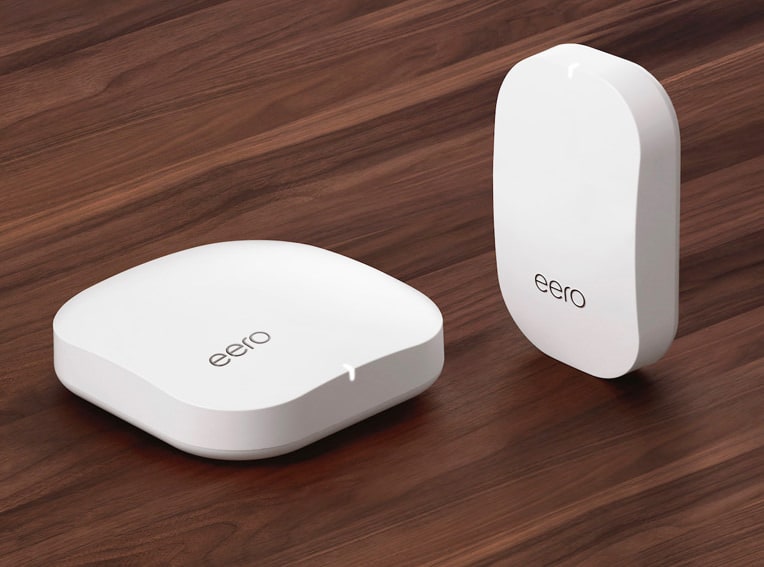 Doubles as a Smart Home Hub

Some WiFi mesh systems like the Google Nest Wifi and the TP-Link Deco X60 can also serve as a smart home hub, allowing you to access the smart devices in your home with the same app you use for your WiFi mesh system. 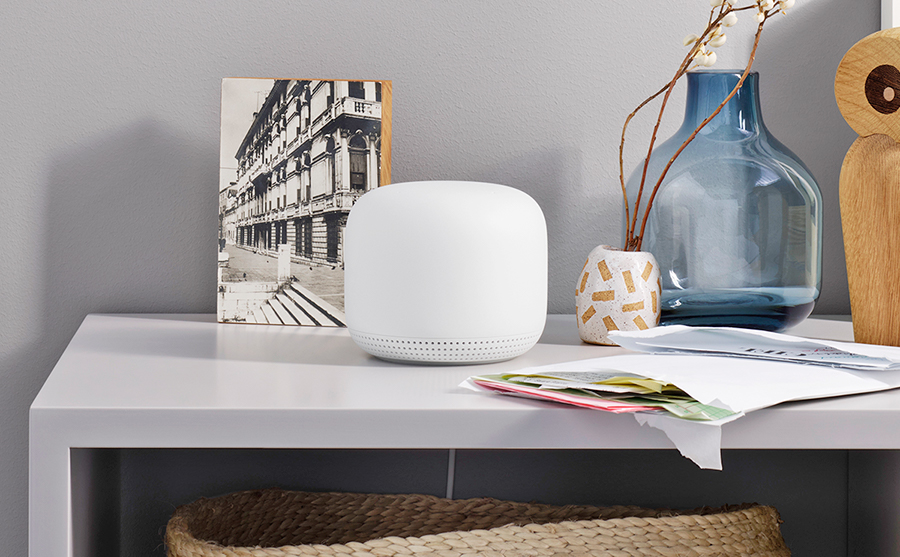 Getting a new WiFi mesh system isn’t cheap. A good WiFi mesh kit (which includes two or more nodes) is generally more expensive compared to a single good WiFi router: at least twice as expensive if you’re looking at the same level of performance.

A WiFi mesh kit is also definitely more expensive than getting a new WiFi repeater. One is generally cheaper than a WiFi router.

If keeping costs low is a concern and you’re only troubled with one particular WiFi dead spot in your home, it may be most cost-effective to get a WiFi repeater and keep your WiFi router. As mentioned above, getting a WiFi mesh means replacing your existing WiFi router completely.

If your home isn’t that large or you aren’t dealing with that many WiFi connectivity issues, a WiFi mesh system may not be worth the investment. For some homes, a good WiFi router or a WiFi router with an extender is good and simple enough.

Consider all the items in our homes that depend on WiFi: tablets, computers, smartphones, smart TVs, even kitchen appliances. Also, think about how rich the media we consume online today is. Investing and ensuring that the WiFi in your home network simply works is vital. Ready to try something different? WiFi meshes are quickly becoming a popular choice for the less tech-savvy crowd.