Shopping for a phone camera: what should you look for? 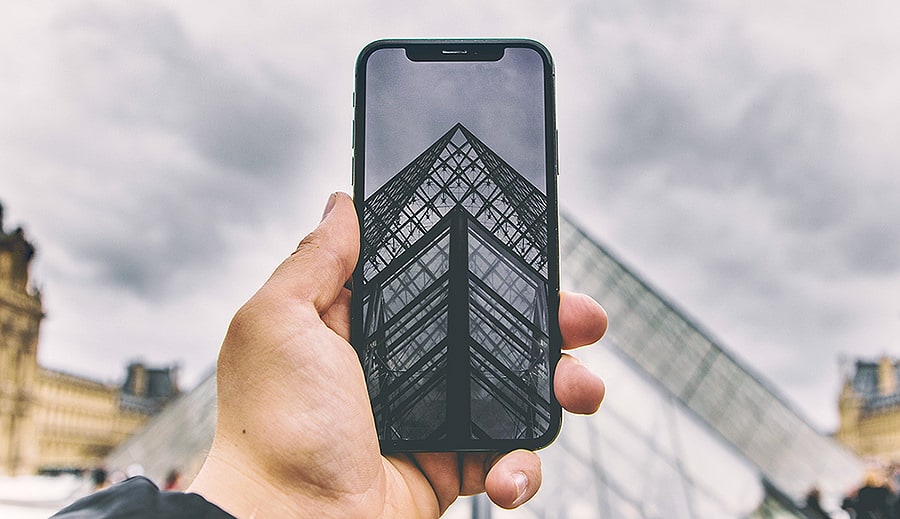 A good camera has always been a selling point for mobile phones. But with the ever increasing popularity of social media, selfies and filters, what used to be an accessary has become the USP of every mobile phone, driving dramatic improvements in smartphone camera technology over recent years.

We’ve come a long way since the first appearance of phone cameras back in 2000. We’re already hearing news of 64 megapixel cameras, 10x zoom, and now there’s even penta-cam systems. With more power and ever bigger numbers, the options out there can be bewildering.

How does this new tech help me? What do these specs even mean? If you’re looking at upgrading your phone soon here’s a guide to help you make better sense of it all. 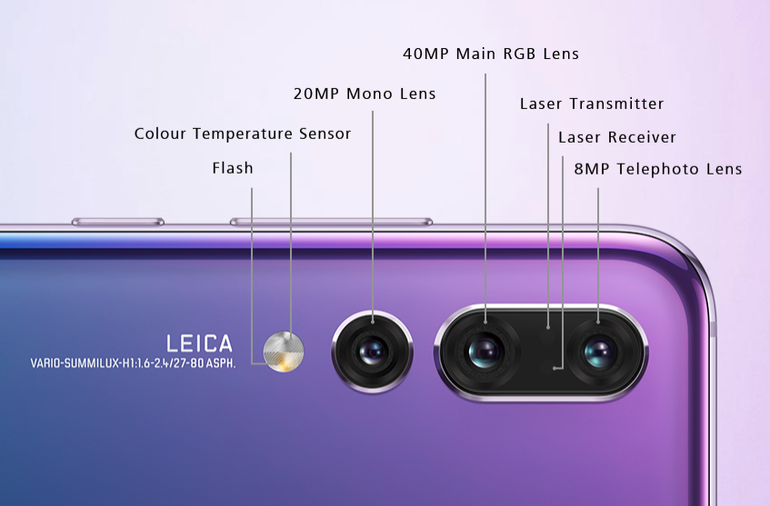 There’s a lot going on with the Huawei P20 Pro.

Today if you’re buying any sort of digital camera, the “megapixel” unit has become a indicator of quality. The more megapixels, the more powerful and better the camera right? Not necessarily.

If we go back to basics, the term “megapixel” simply means one million pixels, with a pixel referring the smallest unit of a graphic or digital image that can be displayed or represented on a screen. You can visualise pixels as tiny dots of colour that when combined with many others form an image.

A 5 megapixel (MP) camera, for example, is capable of taking photos with 5 million pixels while an 8 MP camera captures 8 million pixels. Today most phone cameras (especially flagship phone models) offer 12 megapixels or more – a tremendous leap from when the first iPhone launched in 2007 with a 2MP camera.

More megapixels is usually related to better quality or higher detailed images but not always. One issue is that the more megapixels a camera has, the more visual “noise” is introduced into your image.

Each pixel basically contains data from the light it receives. The more pixels you have, the more data is collected. This is great in that it allows you to have higher resolution images but with more data collected, more bad data is collected as well. That’s image noise.

When size does matter: your sensor and its pixels

What you should really be looking at when it comes to phone cameras, or cameras in general really is its image sensor. 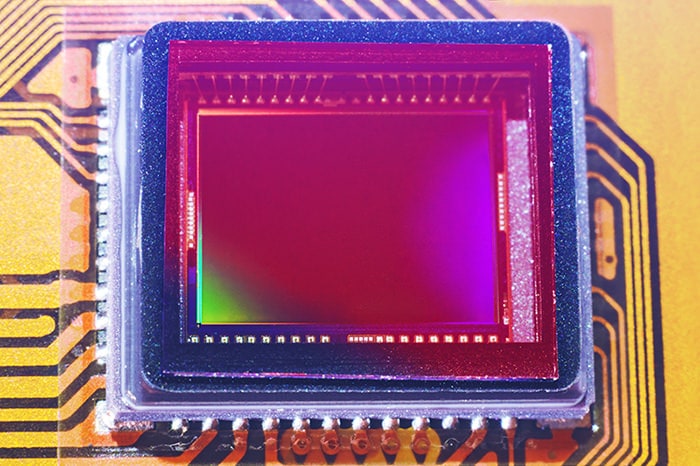 A key component of all digital cameras: the image sensor 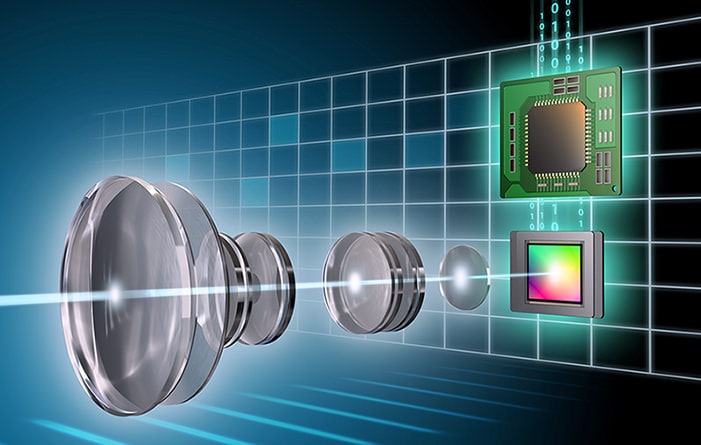 From lenses to sensor to image processor: the basics of digital imaging

Wait, you may say, doesn’t more megapixels mean a better sensor? Not necessarily, because sizes of sensors differ and their sizes don’t always scale with their number of megapixels.

For example, if you had a 8MP camera and a 10MP camera both had the same size sensor, the 8MP camera would actually perform better and give you better images. In this case, it’s because the 8MP camera sensor would have a larger pixel size or a larger light receptor.

Most pixels measure between a narrow range of 1 to 2 micrometers/microns (µm). 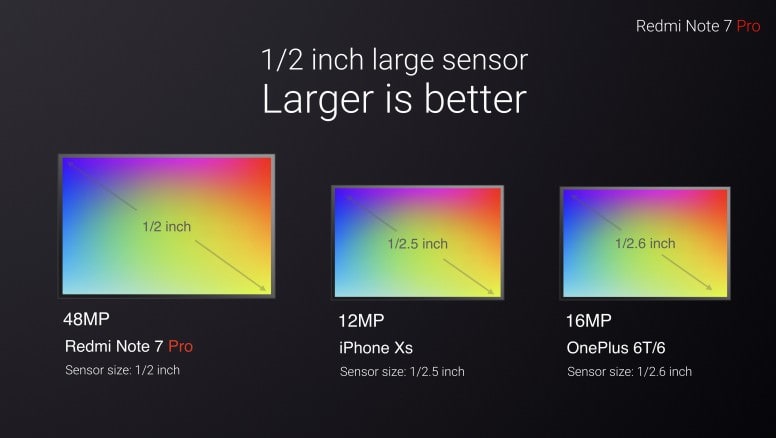 There’s more than one way to zoom: digital vs. optical

Here’s another thing to consider: what kind of zoom does the phone’s camera use? There are two types available to mobile phone consumers today: digital and optical zoom.

Digital zoom uses software to process the image on your camera real-time and trim away the edges: sort of like the result you get by opening an image in a photo-editing software like Photoshop, cropping it, and enlarging what remains.

Optical zoom, on the other hand, is the “authentic” zooming experience where the lens is actually adjusted. It’s generally the superior option between the two – great for those serious photographers capturing natural landscapes or Demogorgon hunters who need to keep some distance from their subjects.

As you can imagine, the optical zoom in phones is very different from what you see in DSLR cameras. If phone cameras went the more traditional route, you’d get something like the Samsung Galaxy S4 Zoom: too thick and heavy for most people to carry around in their pockets. 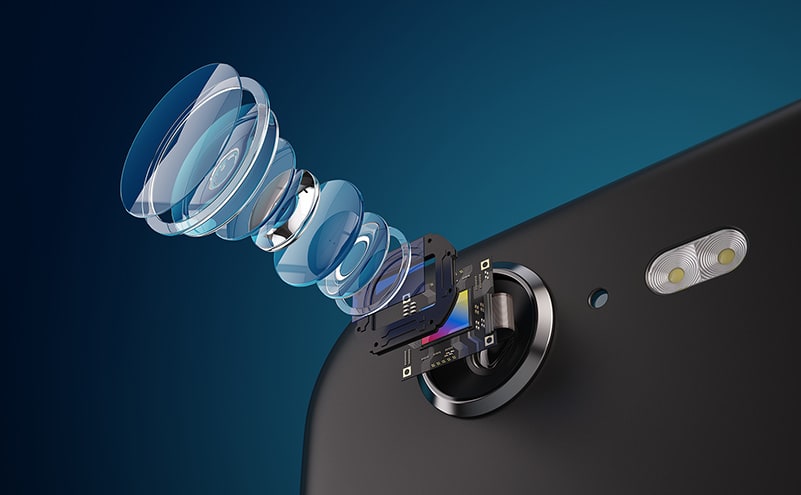 Instead, phone cameras use several lenses with 2 or 3 different sensors to achieve different levels of optical zoom, the quality of the image you get at each zoom level depending on the lens and sensors used at each level.

Today’s digital zoom technology has improved from simply cropping and expanding the resulting image to using clever algorithms and imaging AI to fill in missing visual information. Google’s Super Res Zoom technology in the Pixel 3 phone is one of the pioneers in this area.

For the best of both worlds, the most powerful phone cameras today, such as the Huawei P30 Pro and the OPPO Reno 10x Zoom, use combination of optical and digital zoom or hybrid zoom. 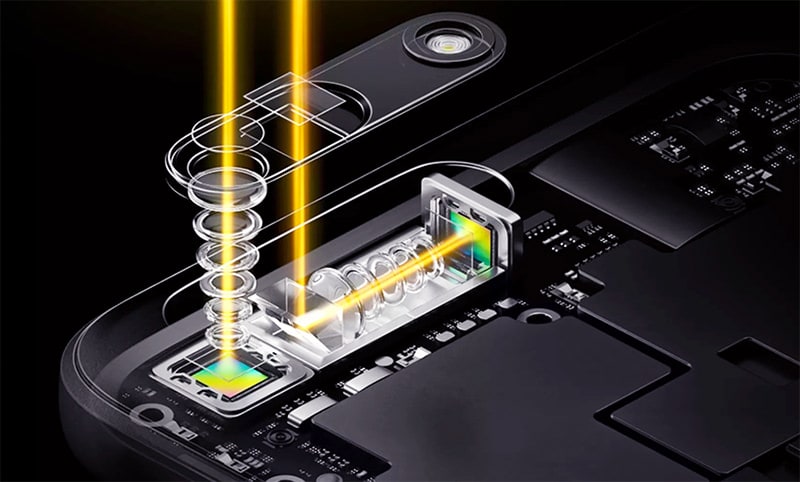 Oppo is one of the leaders in zoom technology

We’ve been referring to your phone’s camera thus far but strictly speaking, if you’ve bought a phone in the past few years, chances are it has 2, 3 or even more cameras on its back. 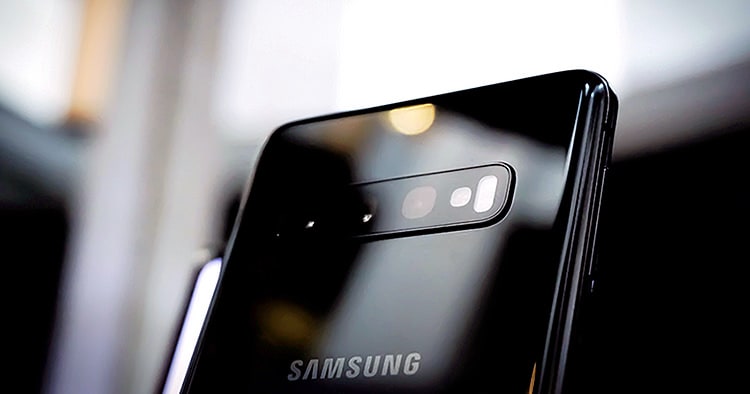 Why so many cameras? Generally speaking the more cameras and lenses your phone has, the more depth and colour processing capability it offers.

As mentioned above when we talked about hybrid zoom, having different cameras with different lenses allows us to use optical zoom as much as possible to preserve image quality while giving digital zoom enough information from several cameras to fill in the gaps.

The popularity of multi-camera phones really took off in 2018 with the success of the Huawei P20 Pro, which featured 3 cameras with a 40 MP RGB lens, a 20 MP monochrome lens, and an 8 MP telephoto lens.

In that same year Samsung’s mid-level Galaxy A9 came out with the world’s first quadruple rear camera setup with a primary 24 MP sensor, an ultra-wide 8 MP sensor, a telephoto 10 MP sensor, and a 5 MP depth sensor that improves bokeh effects. 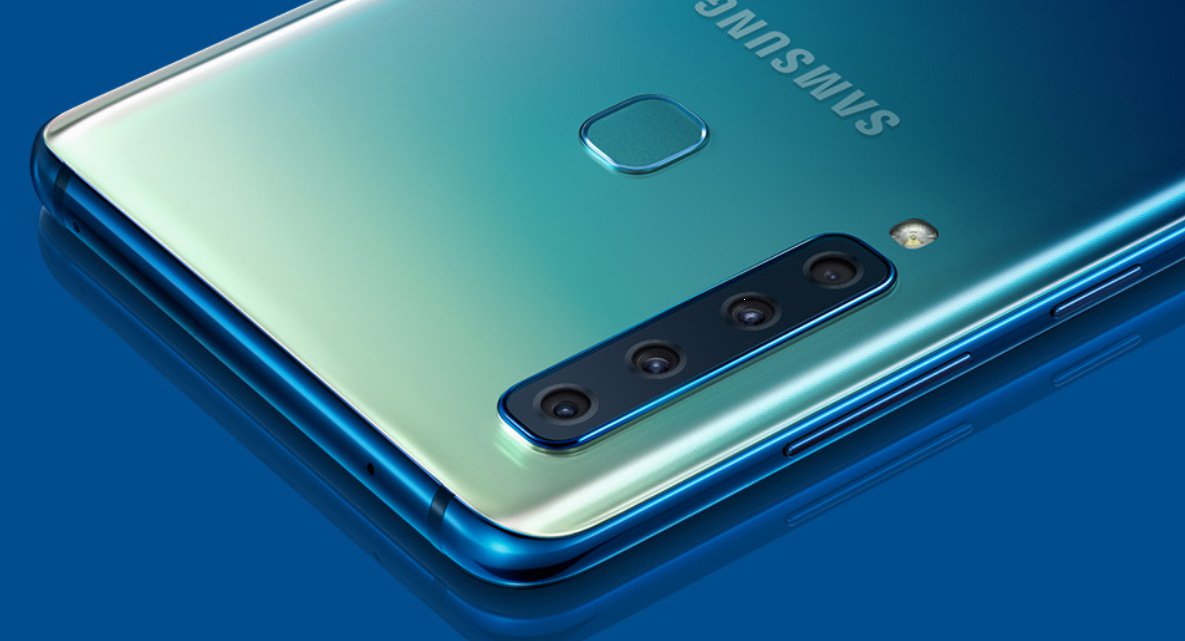 The Samsung Galaxy A9 with its 4 rear cameras 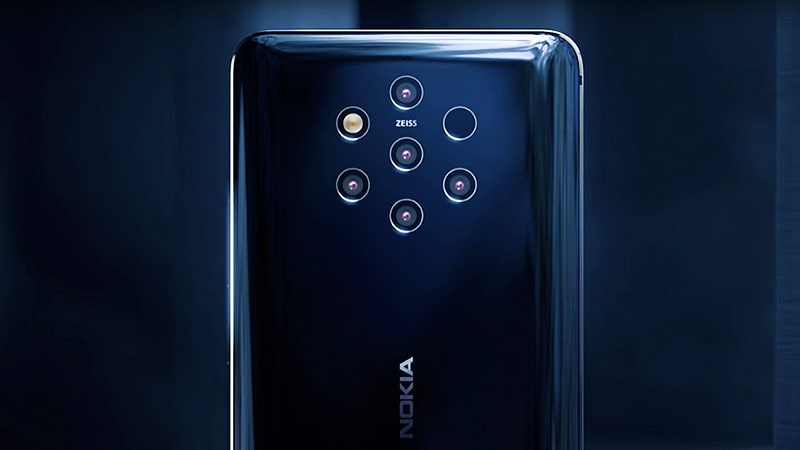 More cameras are good but other aspects (such as image processing software) are important as well.

Specific features to suit your needs

Are you someone who takes all your phone’s photos in auto mode or do you sometimes want more options? You might be looking for specific features that not all phone cameras have, or excel at.

If you enjoy editing your photos or are particularly specific about how an image should look, you should look at phone cameras that shoot in RAW format. With no compression and loss of information, RAW files give photographers much more control when it comes to editing an image, allowing them to fine tune variables such as brightness, exposure and white balance. The main downside is that compared to JPEG files? RAW images are huge.

If you plan to do a lot of shooting or filming outdoors, you may also want to look at what kind of stabilisation your next phone offers. Many flagship phones today offer Optical Image Stabilisation (OIS) as a feature. OIS works by moving your phone’s image sensor to compensate for any shaking detected by the phone’s gyro-sensor.

Some phones like the Redmi Note 5 Pro and the Google Pixel offer Electronic Image Stabilisation (EIS) instead. Compared to a OIS system, which relies on the physical adjustment of the sensor, a EIS system uses high-tech software. Each has its pros and cons with EIS generally better for capturing video while OIS primarily for photos.

When the lights go low 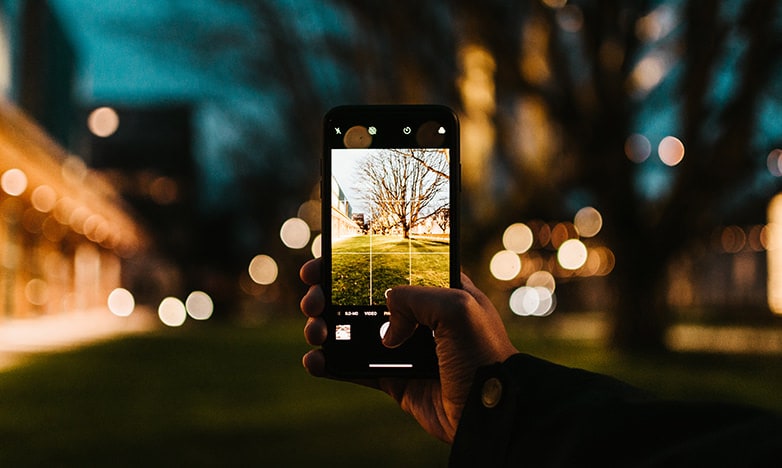 Low-light photography is an important feature to consider if you tend to take a lot of outdoor shots or like to snap photos on-the-go. Considering most users won’t know how to manually adjust their camera settings for the best low-light results, capturing good images in poor lighting in auto mode is a combination of hardware and software innovation.

Despite the fact that they only use a single rear-facing camera, the Google Pixel 3 and Pixel 3 XL are among the best options when it comes to low-light photography: a testament how Google’s impressive image processing software. 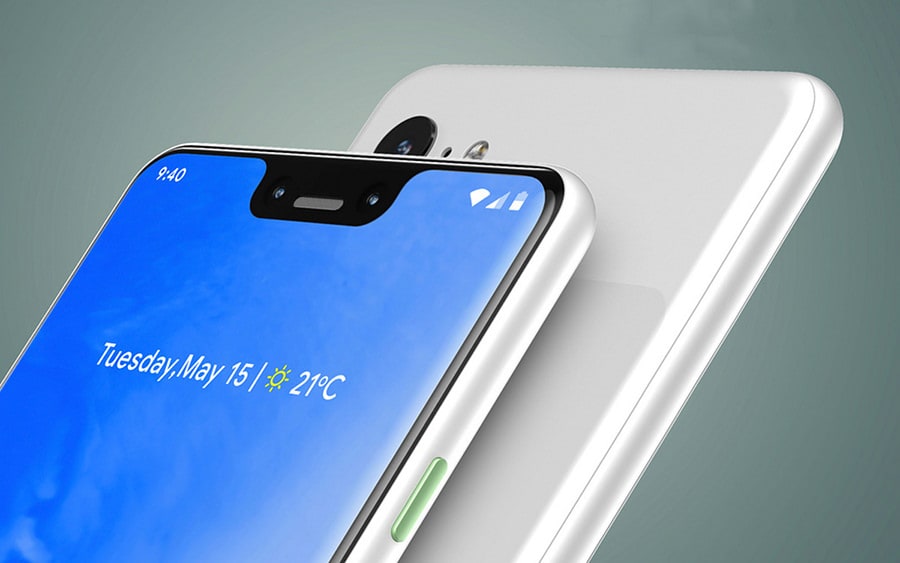 The Google Pixel 3 and its impressive software-powered camera

The good news is that if you’re just a casual snapper, getting a flagship smartphone these days pretty much guarantees you get a good camera. In other words, you’re free to focus on other areas when shopping for your new phone: Is the operating system easy to use? How powerful is the phone’s processor? How good is the battery life? How resistant is it to breaking? Does it come in the colour that I want?

If you’re more serious about your phone camera’s prowess, you should look beyond its number megapixels to its microns (µm) figure i.e. its pixel size. Consider what kind of photos you like to take and look up the kinds of lens, cameras and image processing technology the smartphone has. The most expensive smartphone out there doesn’t necessarily have the best camera. Pick one that fits you best.